Maybe we just didn’t stay in the right area, but at night it felt really dodgy.

We stayed on the beach front because we were dropped near there and didn’t realise there was a busy, main street set away from the beach.

I realise that it’s a poor area, but even in Cambodia, Philippines and the north of Vietnam where people live as  like they’re in the Middle Ages, I never had this uneasy feeling I had in the Kuta Lombok area. 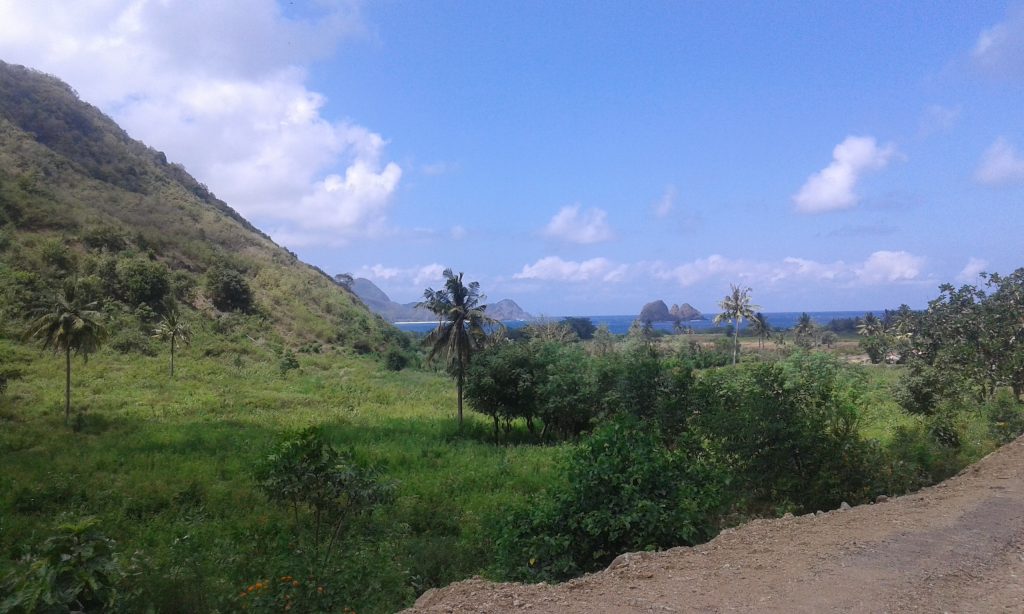 Riding west of Kuta, around Selong Belanak, we found a beautiful beach and decided to take a short dip. Luckily, I took forever organising myself, so we weren’t in the water when a group of about eight boys, probably around 10-12 years old, came running from what seemed to be the middle of nowhere, and surrounded us.

Before the group of boys arrived

I felt uneasy, as the kids asked us for money, and as I got back on the motorbike with my backpack on, I had a feeling like they were going to pounce. One boy pretended to grab the shoes at the side of my bag. I am pretty sure that if we had been in the water when they had arrived, they would have taken our things. 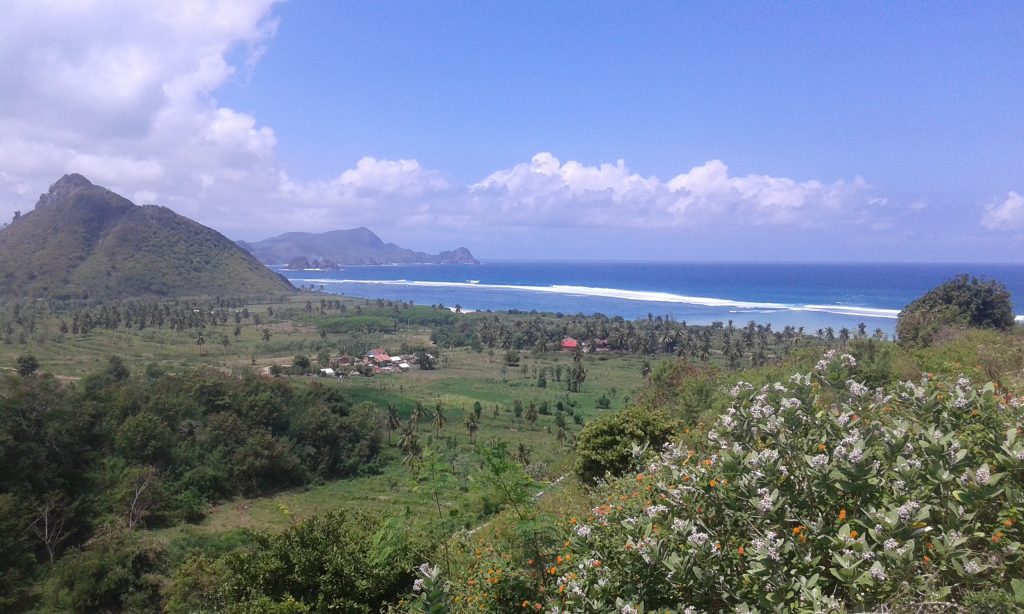 The view after escaping the boys

The next morning I discovered that I was missing my swimming costume, and as ridiculous as it sounds, I think the boys may have taken it. It was either in the front pocket of my backpack (the easiest place for someone to quickly grab the first thing out of my bag) or left at the guesthouse we stayed at, but as Artur later returned to the guesthouse to bring back the motorbike we rented, they told him that nothing was left in our room. So my guess is that one of the boys opened my backpack without me noticing, grabbing the first thing they could pull out, which unfortunately for them, was my bikini.

Our ride from Kuta to Senggigi was beautiful, but all the kids yelling out ‘money, money, give me money’ left a sour taste in my mouth. This is the fifth South East Asian country we have driven through by motorbike and Lombok is the only place where we’ve experienced kids like this.