Want to know what a Vietnamese music festival is like? Well, it’s basically just like any other festival.

I was really looking forward to Quest Festival because I thought that an electronic music festival in Vietnam would be a fun and unusual experience. Except, it wasn’t unusual. Probably over 90-95% of the attendants were westerners. Most of the people there were native English speakers: Americans, Brits and South Africans. The majority of Vietnamese people there were workers. I’m not exaggerating when I say that perhaps at Berlin and Sydney music festivals, there are more Asians attending than there were at Quest.

It was fun, but it was a bit disappointing. I really expected something much more Vietnamese. Some of the bands and DJs were Vietnamese but the majority were not. I don’t take drugs so maybe that was also part of the reason why I didn’t enjoy it as much as I could/should have.

We took a yoga class and there was a drunk British guy in front of me, drinking beer at the same time, rolling onto half of my mat and sticking his smelly socks in my face. I think perhaps I am just too straight edge/boring for music festivals. 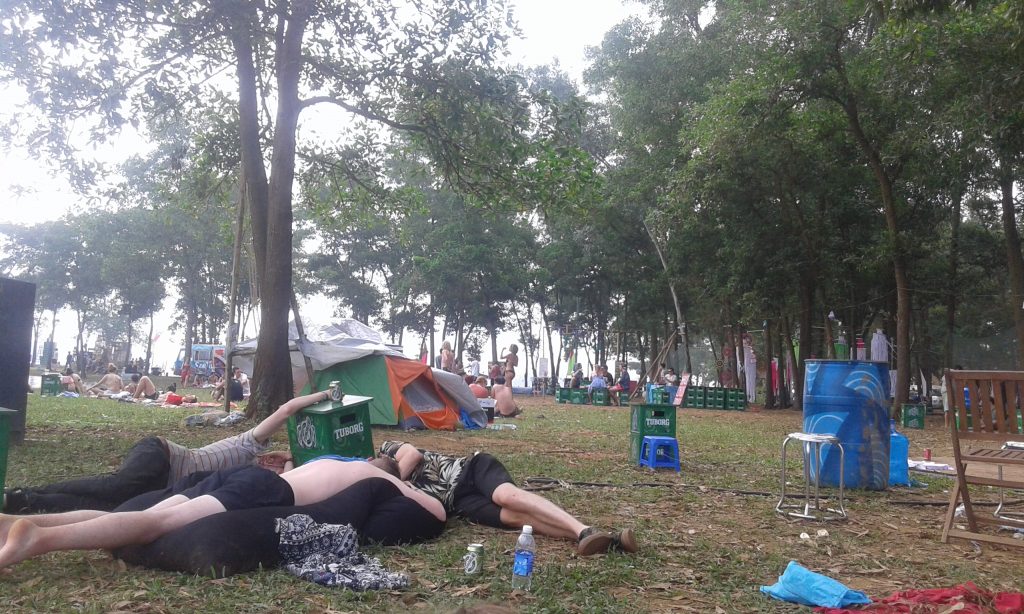 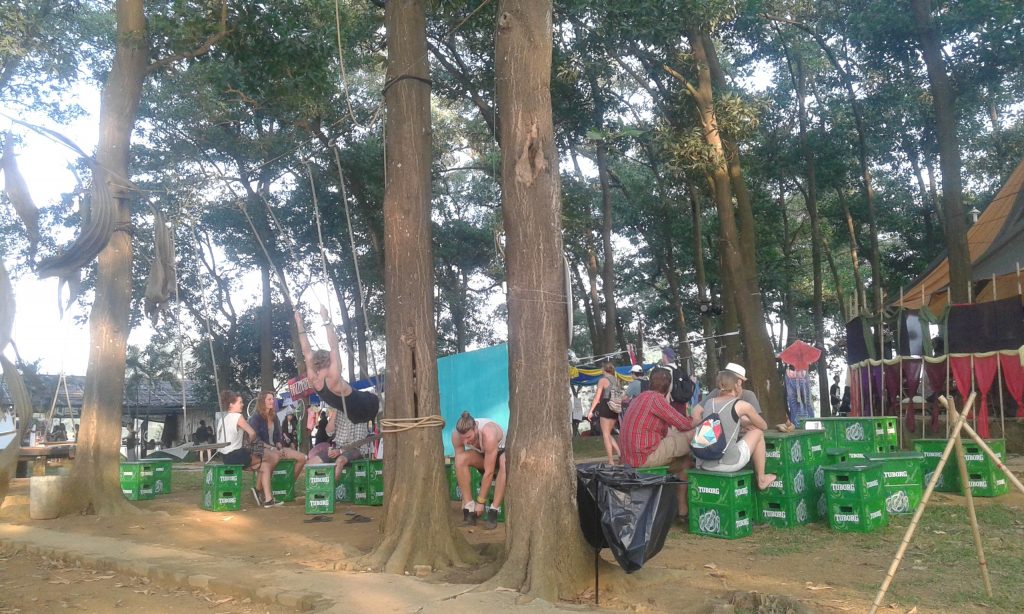 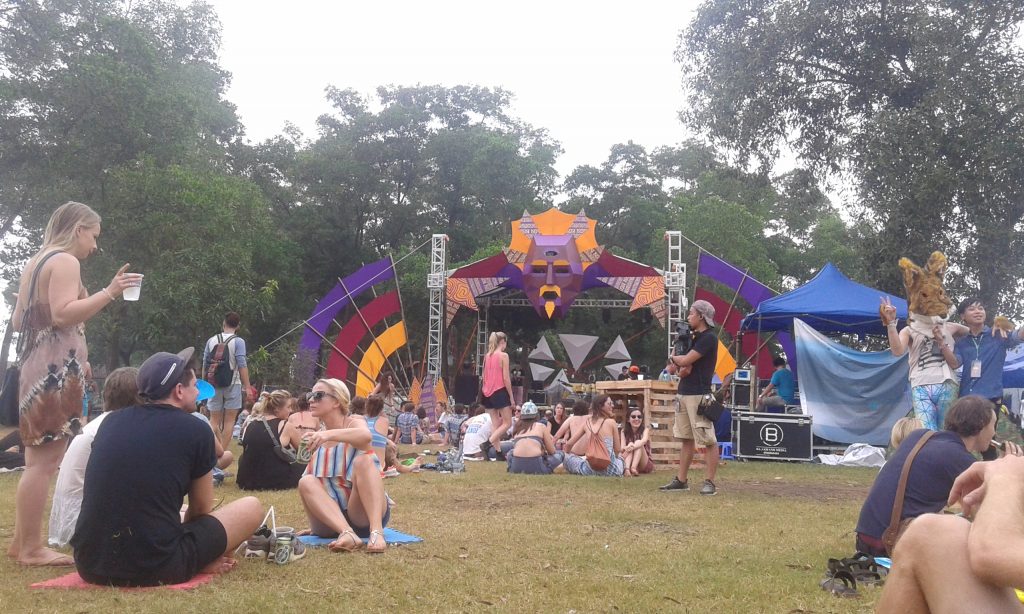 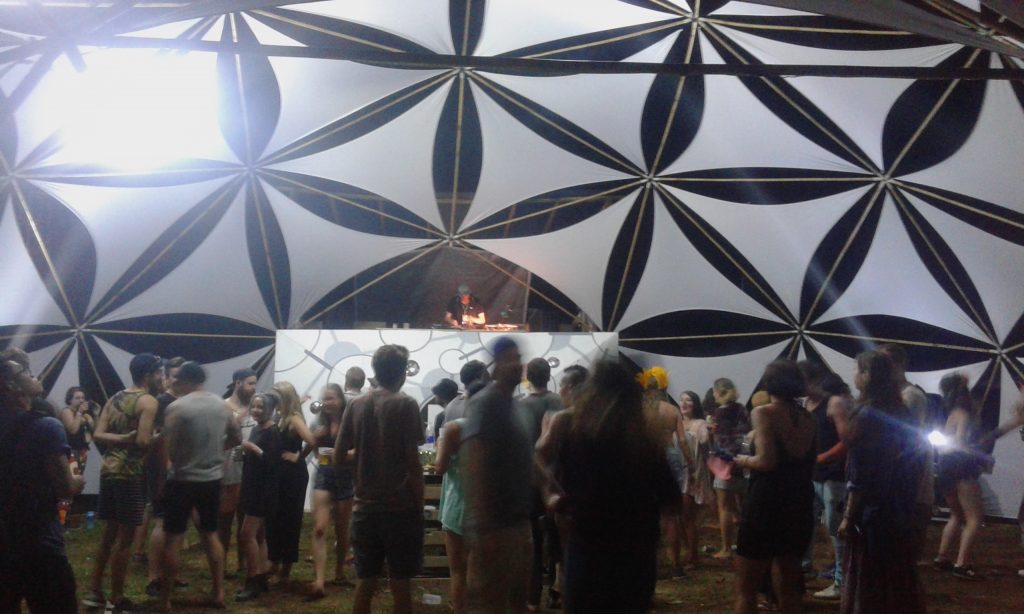