Our planned three day trip to Cat Ba Island started off as a disaster.

We planned to leave early Friday morning around 8am and ended up leaving at 10am.

The GPS on offline maps wasn’t working, so we had to buy a SIM to get it working.

Once the GPS started working, I couldn’t follow the map, as we were taking a bicycle route which meant off roads. The GPS lagged and I missed turns.

My iPod fell out of my pocket, never to be seen again.

We didn’t make it to Haiphong before the last boat to Cat Ba so decided to spend the night in the city.

Despite the terrible first impression (trucks everywhere on the outskirts of the city), we both really liked Haiphong. Even though it is the third largest city in Vietnam, the city centre has a small town feeling and a laid back vibe. It was clean and not too busy, we were able to walk pleasantly through the city.

Took the boat from Haiphong to Cat Ba. A boat ticket costs 180k for foreigners and 10k for locals. The bike cost 150k. (You can catch the ferry from the port that’s half an hour away for 220k for two people and a bike. Since there was a boat coming soon, we just paid the higher price rather than drive and wait for the much cheaper ferry.)

Turns out you can rent scooters on Cat Ba for $4/day. We should’ve just left Jockey at the port.

Cat Ba Island is nice, but didn’t live up to the hype. Perhaps we would’ve had a better impression of it if it had been warmer. 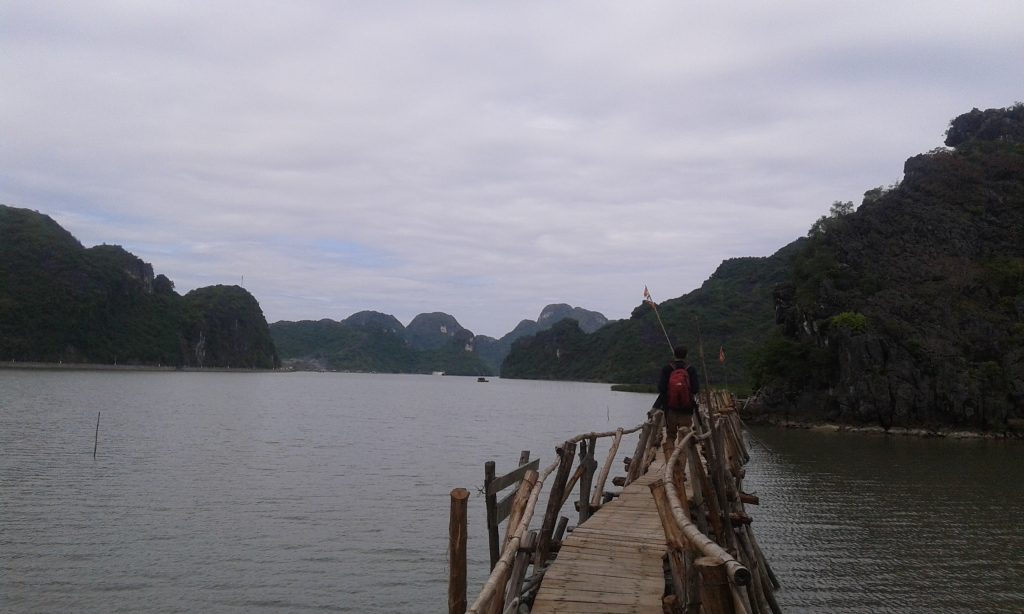 We went to the national park but it wasn’t as nice as Cuc Phuong. Apart from driving around the island, there wasn’t much to do. We didn’t have the time to do a boat trip and were sick of seeing more caves. 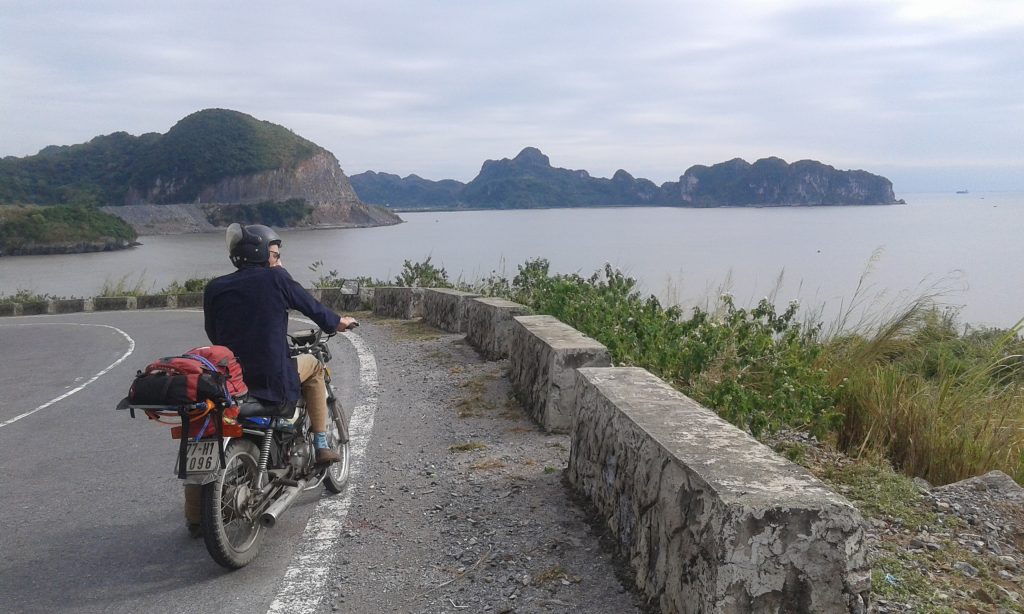 The main and touristy part of Cat Ba town isn’t so nice. Cheap, ugly hotels and your standard, mediocre tourist meals. We stayed outside of the main area, at Cat Ba Sweet Potato Hostel. The owner is really nice and makes surprisingly good western food. 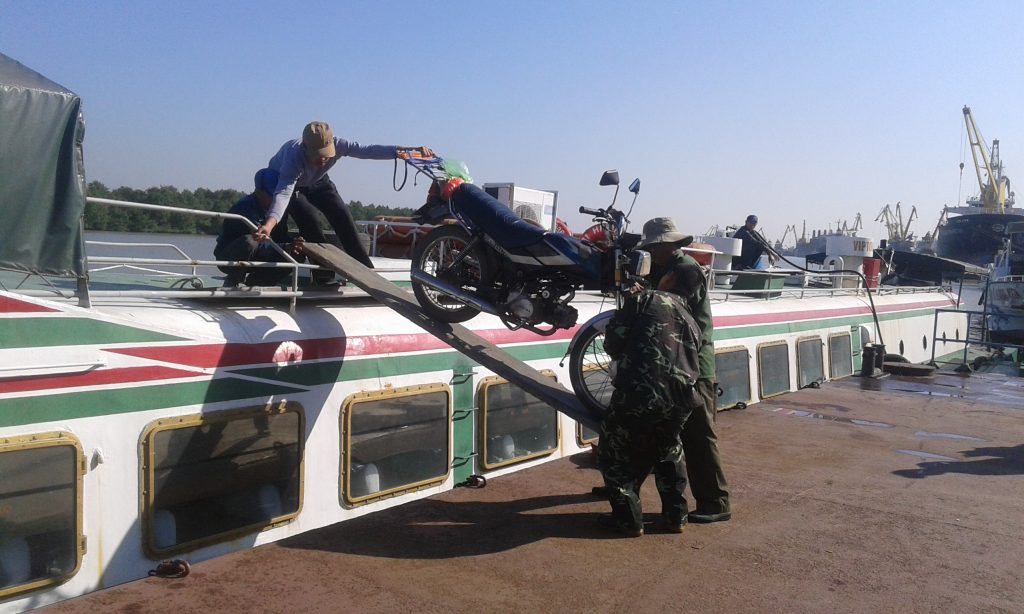 Sunday morning, we took the boat back to Haiphong. We wanted to take advantage of the sun but struggled to find a cafe with seats in the sun as Viets love shade and covering up. We found one cafe with a spot of sun. It was empty, whereas the others next to it were full. We arrived and immediately the owner put up an umbrella for us.

Already eager to get back to Hanoi, we took the highway back. Bad luck, we were stopped by police. Despite the fact that they wanted our money, they were kind of nice. They laughed at my funny Vietnamese and the fact I can’t read or write. They wanted us to pay a fine of 1.5 million VND for driving without a motorbike licence. Unluckily, we didn’t have any small notes so paid them 500k so we could leave. (Apparently 200k is enough to be let off.)

Our Cat Ba weekend – probably our most expensive weekend in Vietnam and probably not worth it!