We spent one month in Sri Lanka and didn’t go to Sirigiya.

We didn’t go to Anuradhapura. We didn’t do the Cultural Triangle.

We were in Kandy but didn’t see the Temple of the Tooth.

We stayed in Ella for a total of two weeks but never went to Ella Rock and never managed to make it to the top of Little Adam’s Peak.

We stayed in Unawatuna and Arugam Bay for a combined nine nights and hardly spent time at the beach.

I really feel like a bad tourist. It was our first trip to Sri Lanka and we didn’t do any of the ‘must see’ things. The travel fatigue kept reoccurring and we preferred to spend a longer amount of time in a fewer number of places than racing around the country.

Really beautiful town but super touristy, full of jewellery shops. We stayed for two nights, as we arrived late afternoon. That was more than enough time in this lovely town as there’s not much to do there. Food options are quite pricey, though we found The Blockhouse, which served tasty food at reasonable prices. It’s a pretty new place, the owners are cousins and live two houses away on each side of the restaurant. They’re very friendly guys and are great for a chat.

A pleasant but ‘resorty’ town which most likely gets unbearably crowded during peak season. Food is also pricey there and no places really stuck out except for the vegetarian restaurant, Jina’s. If we didn’t have such a nice room, we probably wouldn’t have stayed for so long. We took a nice, short walk to Jungle Beach, which is very small but was empty. While we were there, it was raining on and off which is perhaps why we didn’t really go to the beach, added to the fact that we were having internet stress, work was a priority over swimming.

We had a great time and stayed so long there thanks to Tharindu, the owner of Adhi’s Place homestay. We got to know him and his family friends, so Ella began to feel like our Sri Lankan home. We frequented N2, Tharindu’s restaurant, at least once a day as the food there is so good. We also took a trip to Udawalawe National Park to go on an elephant safari. It was a really cool experience and probably one of the highlights of our trip. 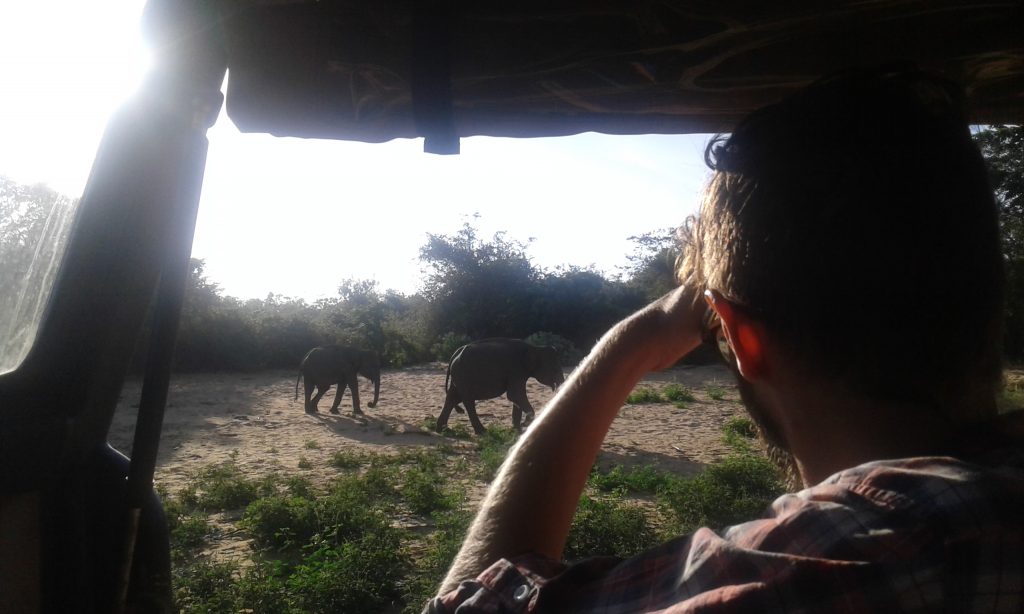 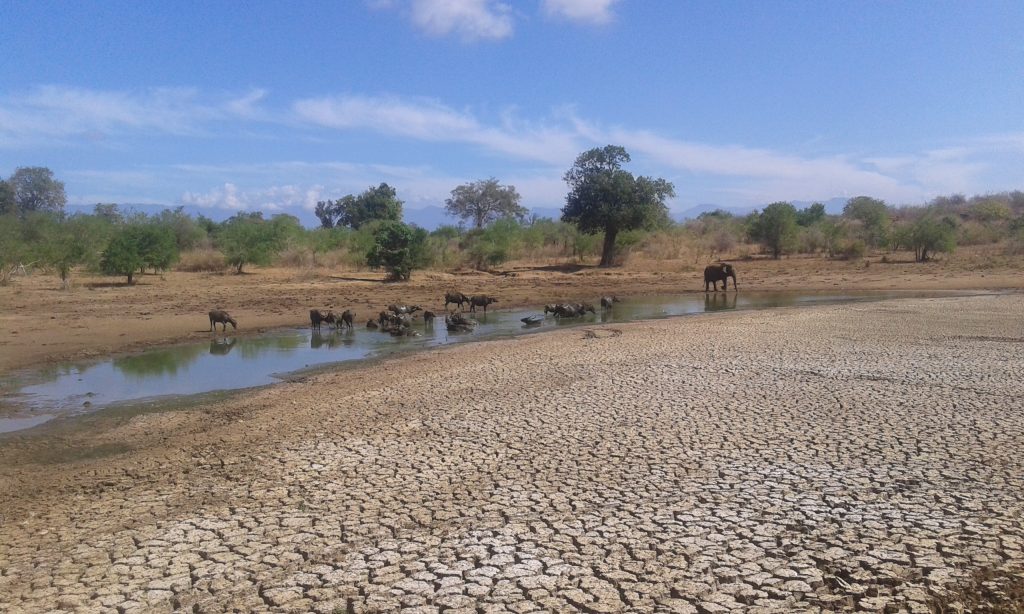 We probably would have enjoyed Kandy more if we didn’t have to work and had time to take day trips to the surrounding areas. Perhaps we just missed the spot to stay, but after some time in Ella and suffering from this travel fatigue, Kandy was just too chaotic and big city for us.

Stayed here for one night. It was interesting seeing the English houses but the city centre itself isn’t extraordinary. We took a tuk tuk to Pedro’s tea factory only to find out that the workers were on strike. (They only earn 400 LKP a day.) 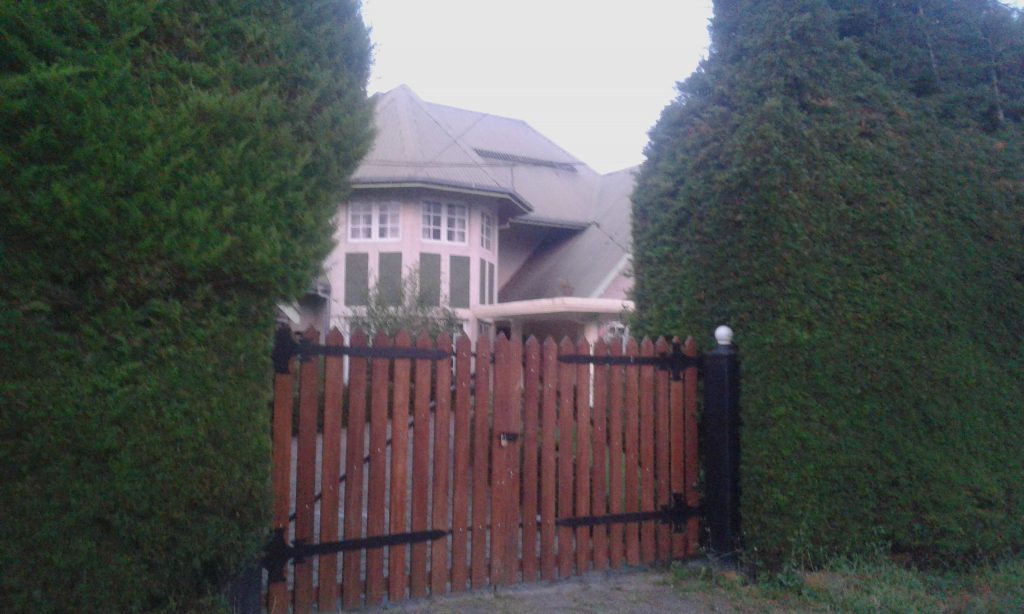 We first visited Haputale when Tharindu took us one day for massages at his family’s spa. We got to know his friend Sana, who invited us to come again to Haputale so after our disappointedly short Kandy trip, we decided to stay a few nights in Haputale (at Sana’s uncle’s hotel, High Cliffe Hotel). It’s less touristy than Ella, and food options are quite limited if you don’t want to eat rice and curry. After two days, I had to ask Tharindu to bring me pancakes when he was coming to visit as I just couldn’t take anymore of the local food. We took a tuk tuk to Lipton’s Seat for 800 LKR then spent a few hours walking back down to Haputale, through Tamil villages. We also did a few railway track walks, which made me feel a bit uncomfortable at first, since I was paranoid a train would come and hit me before I had the chance to get away. 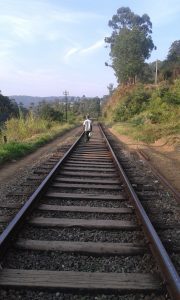 Walking on the tracks is totally normal in Sri Lanka

Arriving to Arugam Bay felt like arriving to a ghost town. We wanted to eat but many places while were technically open, weren’t really serving food. We also had trouble trying to find a place to stay, as we would walk in to enquire but noone would be around to help us, and if they were, they didn’t seem to really care. We spent our first night in Happy Panda, as we had eaten there and didn’t manage to find a better option, but it was extremely hot in the room, so we had to keep the excessively loud fan on. The next morning, we just walked a few doors down (no idea why we skipped checking it the day before) to Mid Bay and found a really nice cabana for the same price. We stayed here for three nights, and mainly just stayed on our terrace working. The waves were rough so we only jumped in the water once for a few minutes. 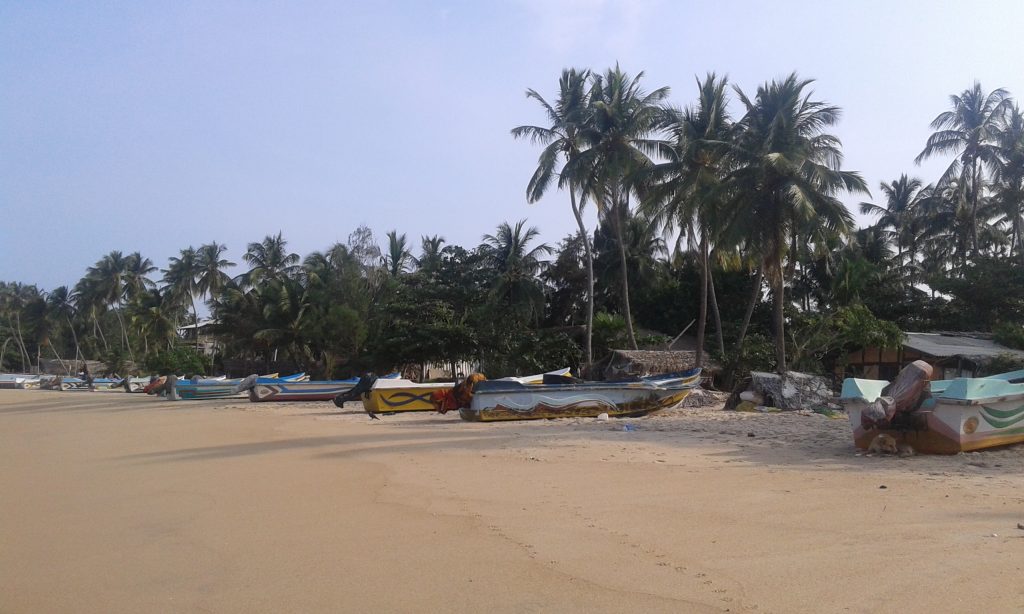