Since we go to our house almost every weekend, the cold weekend of -12 degree weather wasn’t any different. Except that this weekend, as we discovered as we arrived there on Friday afternoon, our oil heating had frozen due to the extreme temperatures.

We drove to Luckenwalde and bought a small oil radiator to make do for the night, as the heating man wouldn’t arrive til the next day. We decided to stay in the small bedroom at the front of the house to make it easier to heat, but as we ate dinner in there, the thermometer read 0 degrees. Artur spent most the night in the small side building where the heating is housed, burning wood in the wood heater in order to warm up and defrost the pipes so the oil heater would be able to run again. Even though he was burning all this wood and the wood heater was running, the pipes to the house were frozen, so we couldn’t feel the effects of his efforts. (Though it was necessary to do it before the heating man came.) 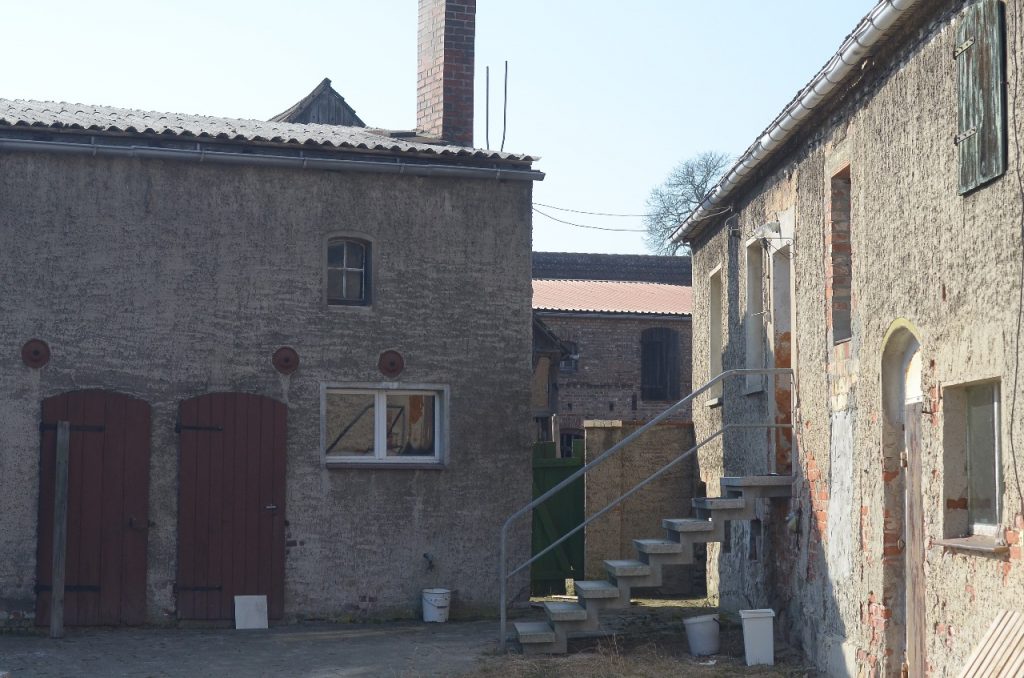 The second brown door leads to the heating room.

It was really cold. I imagine this is what some of our friends picture when they say they will wait til summer to come to the house. As the night went on, the oil radiator managed to heat the bedroom up to 6 degrees. We were warm enough to sleep as we wore many layers and covered ourselves in three blankets (as well as sharing a single bed).

The heating man came early on Saturday, worked on some things and left us some extra heaters. With an extra heater, we managed to heat our room to 14 degrees. I also managed to keep slightly warm in the 3 degrees kitchen by painting the cabinet. 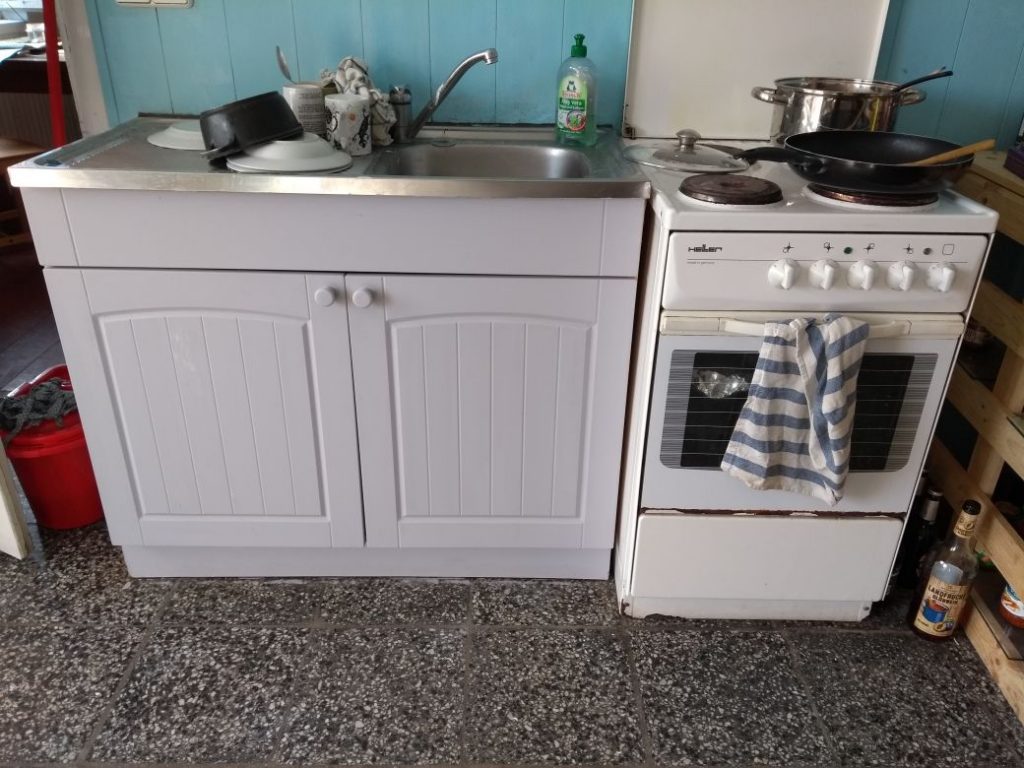 On Sunday morning, the heating man came back and after a few hours, he managed to get the heating running again. Finally it was warm enough to do some work on the house (even though we only had a few hours left til going back to Berlin!) With the help of a few friends, we managed to paint most of the ceiling of the kitchen. 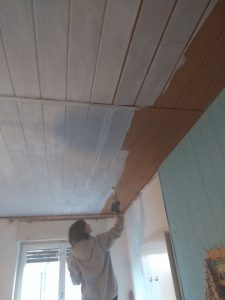